This week I overheard a member of staff commenting on my blog.  She had just begun to read it and was surprised at just how much it told her about what I do; about my efforts to ensure what we do at LEYF influences the world of childcare and so helps to build a better future for children everywhere.

Later in the week we had a staff forum where they made a similar observation, so I thought I would use this week’s blog to sum up our plans for franchising our model; to give some idea of what it might be like if we could successfully scale up and replicate what we do here at LEYF elsewhere. It fits into a particularly busy week of submitting tenders for nurseries, training services and strategic alliances – another means of getting a place at the table. Not surprisingly, I feel like Alice trying to get an invite to the Mad Hatters Tea Party, so we can have a turn to say our piece. 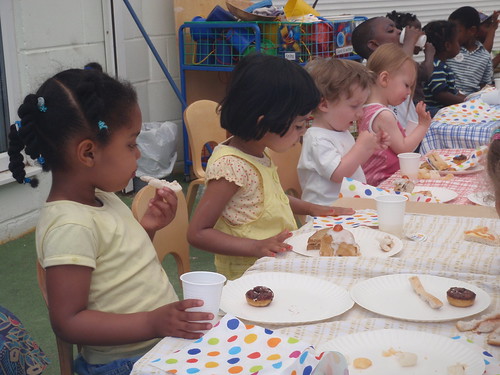 On the subject of tea – an occasion which should, in my humble opinion, be a compulsory 4 o’clock occurrence – it featured quite a few times this week, including a spontaneous invite to share tea at the House of Lords following my outburst at the APPG on Sure Start.

On this occasion, I was provoked by the number of people whinging and complaining about government changes rather than trying to find a solution. It’s all very well saying how everything was wonderful in the past – a fact both inaccurate and irritating, which then just limits any kind of solution-focused approach and so raises my blood pressure!  For my part, I presented the option of a social enterprise Children’s Centre in my usual, outspoken way.  This naturally resulted in a range of responses – including eyes rolling, amusement, attention, clapping and the aforementioned invitation. I avoided any caustic comments by using the time to network with the great and good.

So, given that many of our own staff are beginning to read the blog, below is what I believe a LEYF franchise may mean in ten years time:

Does the above sound like a dream to you – or a nightmare?  Let me know what you think or how you see the future of social enterprise or childcare.  Simply rate or comment on this post below and share with colleagues via Twitter, Facebook or email using the usual, handy links!