The price of leadership: sharing a couch with Robert de Niro 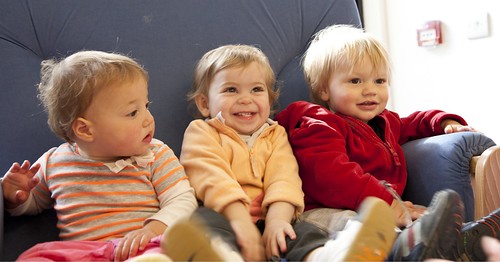 Getting comfy in Noah’s Ark

The other morning, I watched The Record , a programme on BBC Parliament which gives a daily run-through of key events in Westminster.  Obviously, the interview with Bob Diamond by the Treasury Select Committee featured, and if we were to tag the keywords, leadership was certainly the big hitter.

Questioner after questioner asked Mr Diamond about how he viewed his responsibility for running a company that had behaved so dishonestly.  He was asked if he was complicit or incompetent when he said he knew nothing about such mendacious practice. He was challenged about how bad it had to get before it floated to the top of his inbox and he saw the incriminating emails.  ‘Did your staff not feel able to tell you about this?’ was the question from one incredulous MP.

He argued that once he knew of the mal-practice he dealt swiftly, i.e. he sacked the traders. He was asked what he could do now to reassure the public about the value of the Barclays brand.  He was challenged quite a lot about his stand on culture and how he had not spotted that his culture was going bad. His rebuttals about it only being a small amount of staff etc. were rebuffed and so the questions went on for three hours.

He might have garnered some sympathy had he not continued to refer to the MPs by their first names. In a formal situation, with them calling him Mr Diamond, his persistent use of John, George, Andrea rankled and did him no favours. It certainly didn’t help his apparent credibility. Did he learn nothing from the Fred the Shred debacle?  Leaders must be credible. Weasel words and beating of breasts will not cut the mustard. Mr Diamond failed to acknowledge his duty;  a favourite word of mine and one that needs to come back into fashion.  Indeed, I was so pleased to hear it used on the Radio 4 programme The Moral Maze that I stopped ironing and sent a tweet. (What a choice, ironing or tweeting!)

Personally, I am very proud to be leading a growing organisation, albeit the size of a pin head compared to Barclays. I worry a lot about checks and balances, and how you know that what you say on the tin is still happening when you get further away from the front line.  It must be much harder for a larger company, and I often wonder how places like Sainsbury’s manage. On paper, it’s about things such as leadership, systems, operating manuals, key people practices (hiring, induction, performance management and training), communication and engagement with all customers and staff. In reality, it’s about all of that – but mostly it’s about trust and culture. On that matter Mr Diamond is right.

So, what to do?? Give up and run for the hills?  Mr Diamond can do this with the £95m he has paid himself, but it’s not such an option for the rest of us mortals. You could question and worry to such a degree that you might end up on the psychiatrist’s couch. It might be worth it, if only to join the Billy Crystal school of analysis and end up sharing the couch with Robert de Niro.