A swan and a lark: why the Government’s new childcare report may be the stone that kills both birds 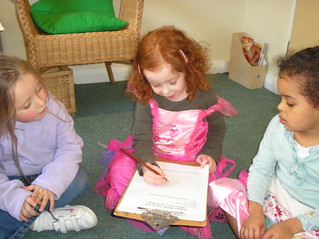 The Government’s new childcare report was launched last week by Elizabeth Truss MP Parliamentary Under-Secretary for State (education and childcare) and generated quite a flurry of twittering.

However I feel it merits a deeper look, especially as I have had to tolerate articles produced by ill-informed journalists and commentators all weekend pronouncing on this report from a position of ignorance. It’s true the Minister shares laudable ambitions with the sector, not least the view that:

Every parent wants the best for their child. They expect childcare to be safe and of good quality, because high quality childcare promotes children’s development in the early years. The availability of affordable, safe and stimulating care is crucial in supporting families by enabling parents to work. It is equally crucial to the development of babies and young children as the foundation for their future success at school and in life.

However, it is the Minister’s rather clumsy attempt to use same single stone to solve the complex issues of childcare costs and quality that is her undoing. The report is her response to two reviews; the Nutbrown Review which examined the robustness of childcare qualifications and the Childcare Commission which looked at cost of childcare.

By using the same stone, the Minister risks killing both birds (the issues of childcare qualifications and the cost of childcare). The problem is the birds are very different; one a swan and the other a skylark. The swan represents childcare for parents, helping them glide into their return to work and masking all the busy paddling underneath to balance the often competing challenges of the working parent.  The skylark on the other hand is high quality childcare, which helps children soar, find their voice and expand their horizons. Re-read Gerard Manley Hopkins‘ beautiful poem The Caged Skylark which captures the consequences of being caged and trapped.

I have tried to simplify the report by highlighting what I consider the eight key points:

1. We need more qualified staff to improve the status and quality of the workforce.

Indeed we do. We have been saying this for an age, and fully support Professor Nutbrown. However, 84% staff have level 3 diploma so let’s not demotivate them.

2. Many staff lack basic skills, so the entry level will include English and Maths A to C.

I agree.  Again we have been saying this for a long time and I recall being lambasted for suggesting such. I continue to believe we need to introduce basic teaching for staff, so they spell and clearly articulate in a grammatically correct way.  How can children learn a minimum of 5000 words if staff cannot string a sentence together? What are some schools doing I wonder??

OK, but make sure we don’t abandon the 11,000 EYPs and ensure all graduate staff are able to complete this if they want. Most staff cannot afford post graduate training. Employers cannot fund this either, as about 70% do not expect to make any profit this year according to NDNA Business Survey.

4. Deregulate so we can decrease the number of staff to children, particularly under 3s. This means up to one staff member with 6 toddlers and 1 staff member with 4 babies. There are provisos to applying these ratios, such as needing a qualified staff member. A consultation will be launched to decide what qualifications staff should have and the findings will be implemented in September 2013.

This will lead to big problems, not least in the UK where education is child led and based on quality of engagement and suitable environment. There is a genuine fear that we may see lines of chairs with children strapped in for large portions of the day. In addition there are real risks of accidents and an increase in stress levels for both children and members of staff. Children coming from poor families are at particular risk. We know the right pedagogical approach ensures we can play a huge role in helping them soar like skylarks. I could go on…

5. Reduced ratios will mean we can charge less to parents and free up more places.

We absolutely cannot make the figures work here. Reducing the number of staff will only affect the quality of output and standards (see above point).

6. Ofsted is now the sole barometer of quality.

Risky it offers little more than a snapshot once every 47 months.

I know little about this except Denmark found its methods were cumbersome and expensive and are changing their model.  Ask Birgitte Nyborg from Borgen!

8. Make it easier for schools to take younger children.

Why? Being in school does not in itself guarantee quality. Is this a move towards universal childcare? Better check on the Nursery Education Grant rates then, as schools may prove quite expensive.

So there is much to debate, and I would urge we all respond to the consultation. In the meantime, I would challenge the Minister to continue investigating how the full £5 – £7 billion is spent on childcare (it seems the figure changes depending where you read it). Page 16 of the childcare report is too vague in my opinion.

In the meantime, perhaps those of you caring for under threes should consider recruiting Michael Rosen‘s Mary Anne…

It was a terrible shame
That it was all so drastic
But that’s what happens
When you are made of elastic!